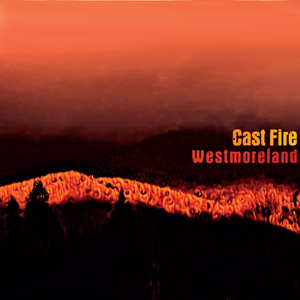 A songwriter and musician who’s performed nationally and internationally, John Westmoreland is an eclectic artist. His guitar playing is masterful on both the electric and nylon string guitar, and his voice is a deep baritone with shades of Leonard Cohen. The songs on his debut record “Cast Fire” are meditations and reflections ...

on life, death and the great mystery. Weaving together elements of Americana, folk, world, jazz, and rock, John has found his way to a unique and entrancing sound that draws the listener within. For eight years he’s been a founding member and lead guitarist for the West- African fusion band Diali Cissokho & Kaira Ba who’s 2018 release “Routes” has garnered national and international acclaim. His next project will be an album centered around the music and poetry of his recently discovered great granduncle, T-bone Slim- a mysterious hobo songwriter, poet and legendary figure in the labor movement.

The Richness of Grief, the Power of Lineage: Westmoreland Stirs the Embers Lit By Mavericks and Musical Ancestors on Cast Fire

John Westmoreland, songwriter and founder of the group that shares his last name, was playing in the home of a dying man. Family and friends had gathered around in a prayerful circle, when in the midst of the music and ceremony, a small brown bird flew in through an open window and landed on a lampshade in the living room.

The little messenger calmly perched there for a time, and then took flight out the window leaving a sense of something numinous in its wake. This experience sparked “The Sparrow,” the first song of what became Cast Fire, an album that meditates on life, death, and the realms of the soul.

“Grief is an overwhelming, deep, and beautiful state,” says Westmoreland, “and I don’t think we should take for granted that grieving just happens automatically when sorrowful circumstances arise. It may be more like a sacred skill that needs to be cultivated, necessary for tending to the wounds of the living and the dead.” Through grief we find connection to our ancestors, and to the work they have left for us to continue.

The death of Westmoreland’s grandfather, a dedicated minister of music with a rich baritone voice, who started and directed a handbell choir at a women’s prison well into his 80s, led Westmoreland to trace his family’s musical lineage on his father’s side and inspired him to write the song “Thomas.” Little did he suspect he had another forefather with musical inclinations, who only came to light after his mother suggested that he research the maternal, Finnish side of his family.

Soon he discovered the unpublished words and photos of one of America’s greatest leftist poets and outsider bards, the Wobbly known as T-bone Slim (born Matti Valentinpoika Huhta), who also turns out to be Westmoreland’s great granduncle. From the working-class neighborhoods of Ashtabula Harbor, to the docks of Lake Erie and the waters of the Hudson in New York City, Finnish-American T-bone Slim witnessed, agitated, and wrote poetry and labor anthems during one of the grimmest periods of anti-union and anti-worker violence in American history, the late 19th and early 20th centuries. Although his work inspired generations of American Surrealists and labor activists, T-bone has remained an unsung, nearly forgotten founding father in an iconic line of hobo bards. (Think Woody Guthrie and Bob Dylan.)

T-bone and Westmoreland’s music both deal with grief and its expression head on. In modern Western culture, traditions of grief singing have all but died out, but some are being rekindled, like the ancient Karelian practice of lament singing in Finland. These traditions evoke a deep connection and relationship to the ancestors. It’s a sentiment nurtured and kept very much alive to this day in the traditions of West Africa, something Westmoreland took to heart when he joined Senegalese griot and kora player Diali Cissokho’s band Kaira Ba in 2011, and it’s a thread he came to feel even more intimately during the creation of Cast Fire.

Westmoreland takes this lineage and forges it into something of his own. Raised in North Carolina, educated at Berklee, he has the earthy, grounded voice of a folk balladeer, yet the sonic nimbleness of an elegant arranger. His instincts as a composer might lead him to add a kora (traditional Malian harp), bansuri (North Indian classical flute), or charango (Andean instrument of the lute family) to create evocative soundscapes. It makes the songs emotionally compelling, coupled with lyrics that bring to mind Leonard Cohen.

Members of Westmoreland have a similarly wide range of musicality, and skill. Drummer Kobie Watkins, who’s played with greats like Sonny Rollins and John Scofield, teams up with bassist Lance Scott and keyboardist Kevin Timmons to create a rhythm section capable of conversing with all of Westmoreland’s nuances and storylines. Special guests, including Diali Cissokho, and Will Ridenour on kora, Eric Heywood (Son Volt) on pedal steel, and classical violinist Jennifer Curtis, contribute color and lush texture to the arrangements.

Though the songs on Cast Fire were written and recorded before he discovered his kinship with T-bone Slim, you can still find the threads of similarity in their style and content— grief and a yearning for the liberation of the human spirit, or a turn of phrase—that feels like more than coincidence. “To me, there are some connections between my work and T-bone’s work, but they’ve been unconscious connections” says Westmoreland. It was just over a year ago when he learned that ‘Uncle Matt’ was also the mysterious T-bone Slim. In the months since Westmoreland’s been researching and writing music to T-bone’s lyrics. (His next recording project will be an album of T-bone Slim’s songs and poems, some of which have never been published.)

“I feel so grateful to have found him, and I also feel a responsibility to honor his spirit as best as I can.” It’s the kind of feeling that inspired Westmoreland to write “All Saints Day,” a haunting instrumental piece that venerates the dead. In the third song on the album, “Land of the Living,” (featured on the soundtrack to the award winning documentary “Staring Down Fate”) we are asked “Where in the land of the living will I find my way to the place that I was born, that no country’s ever owned?” It prompts us to consider the essential questions of human existence. “Come to Me” approaches this connection between the living and the dead from a different perspective, as an invocation calling out for inspiration and strength from the muses and the bards of the past.

Like a winged messenger flying through an open window, in the long-forgotten letters of a visionary wanderer, Cast Fire beckons us all to the glow of life and death, grief and love.